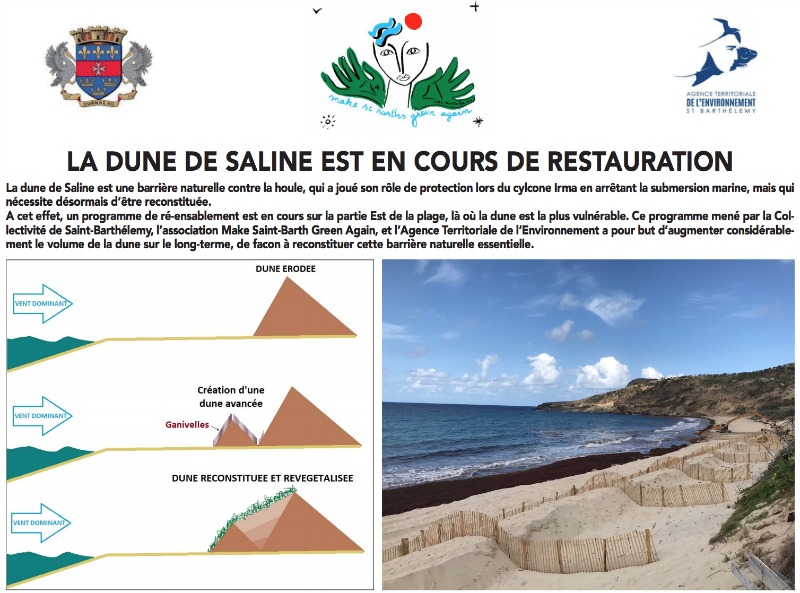 The full-scale restoration of the sand dune in Saline beach has started. Have a look at what has been done in less than a week!

Our non-profit organization Make St Barths Green Again is very happy to announce that major works to restore the dune is on the verge of being done. The beloved beach of Saline, one of St Barths high tourist point, had been badly hit by hurricane Irma: The sea had eaten away big chunks of the sand and the natural restoration of the dune would have taken decades.

But it is not only about tourism: More crucially, the dune had been fragilized in 3 places, where it had become lower and thinner. Another hurricane, with big waves, could come break the dune, making it easy for sea water to rush in the Grande Saline area. Local people living there would be threatened.

Moreover, the strength of the currents would mean that the gape would be getting larger, making it close impossible to shut it.

So, in agreement with the local authorities (la Collectivité de Saint Barthélemy) and with the environmental agency (Agence Territoriale de l’Environnement), the Make St Barths Green Again team on the ground had planning these works for months.

Now that is low season in St Barths, and before the return of the hurricane season in September, it was time to act. You will find below photos and videos, along with a few comments to let you understand what has been done.

We would like to thank all our donators, the local authorities and people on the ground for having come together to make this come true. Also, thank you for to local friends and to international visitors for their patience this Summer, while a chunk of the beach has been unaccessible so that the dune and the plants can start growing back. 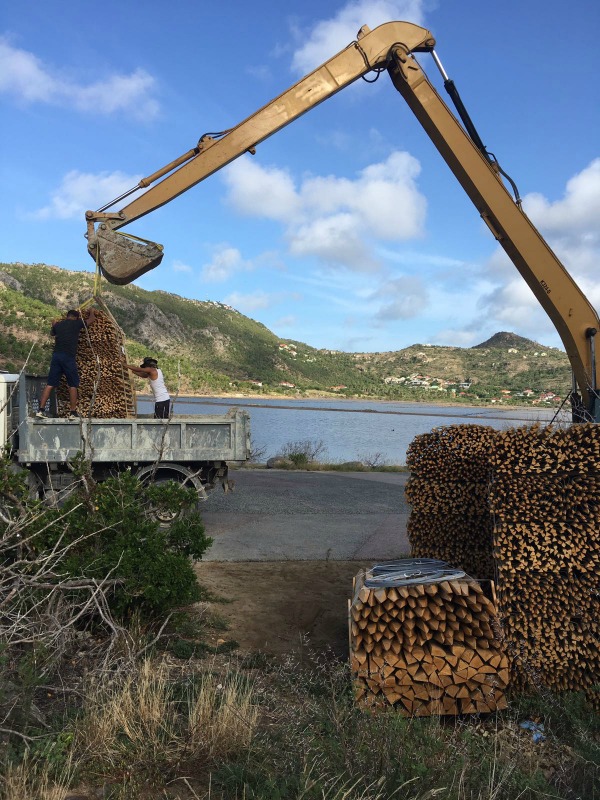 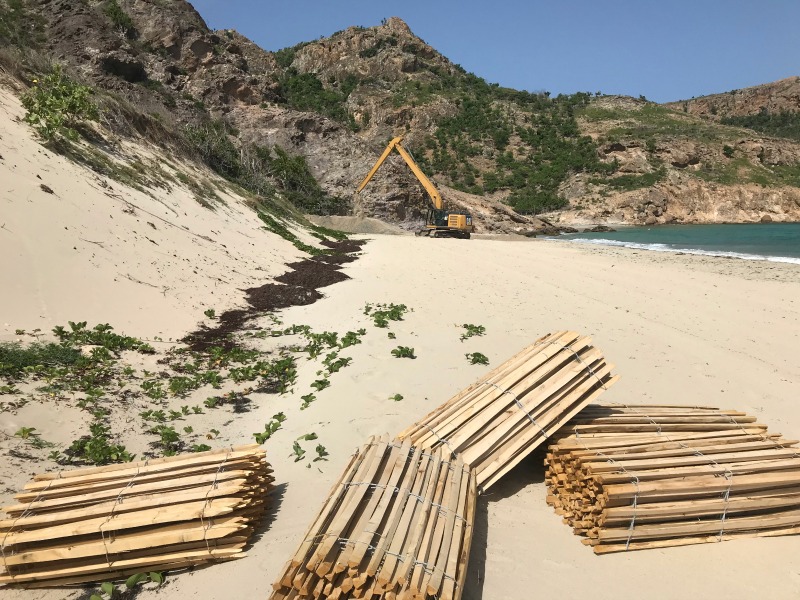 Then the deployment of the barriers started. 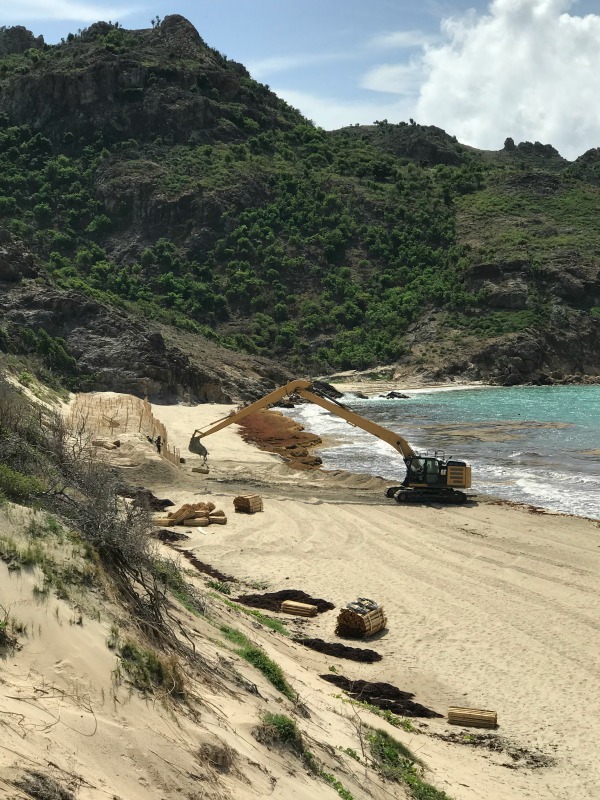 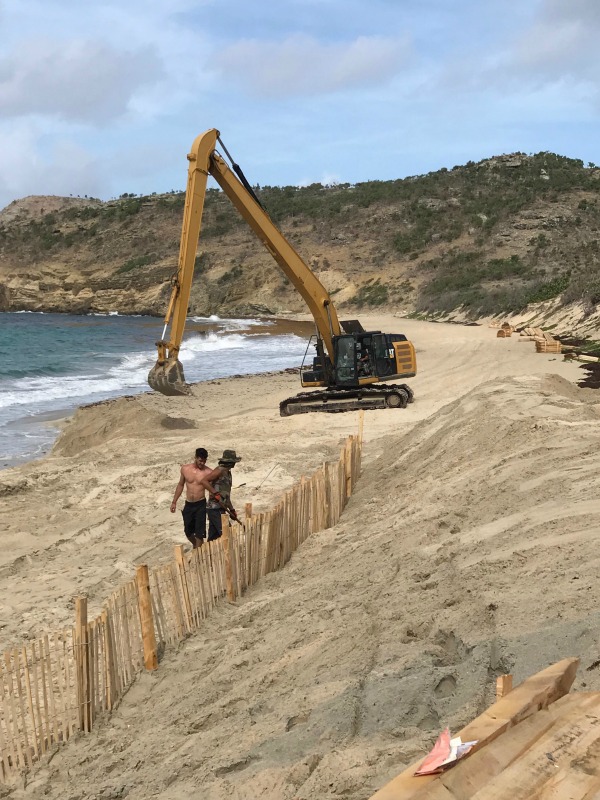 A second team has immediately started replanting « patates de bord de mer », these sand creepers which are the first species we use to maintain sand before planting larger plants and trees. 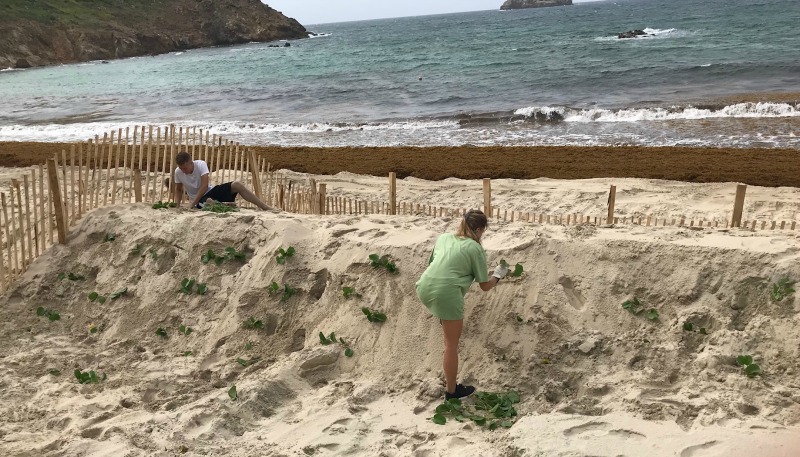 The Collectivité has posted an information about the project and made a decision forbidding the access to the east side of the beach. 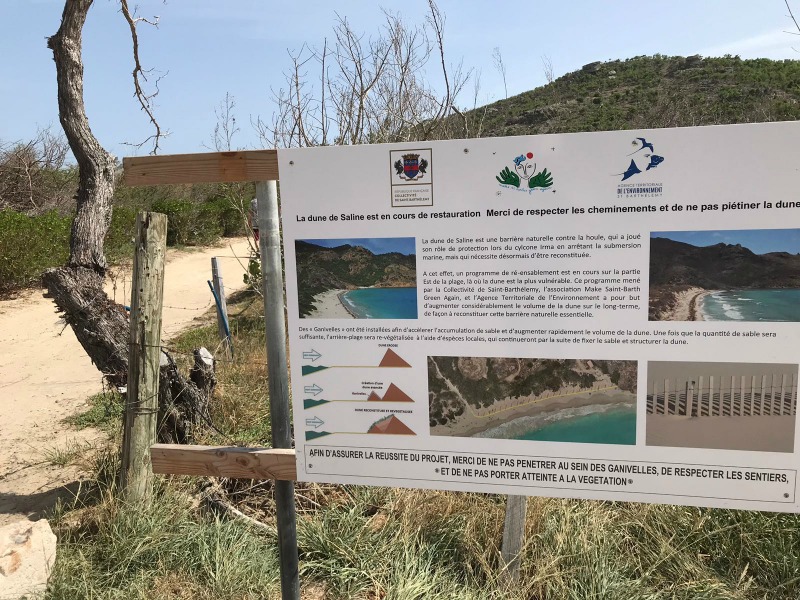 All in all, it has been quite emotional to see this project take shape, after so much planning. Without your generosity, nothing would have been possible.

Meanwhile, our next 2 projects, the greening of the airport area and the giveaway of plants to locals, are moving along nicely. Stay tuned!